Here is a preliminary draft of the second chapter of my thesis. The aim of the chapter is to explicate the relation between freedom and rational constraint in both Brandom and McDowell. I don’t try to assess either position at this stage but simply to try and frame their projects as involving attempts to develop Kantian accounts of autonomy that bear upon my project of exploring the relation between the senses in which we are both free but nonetheless subject to external constraints. The first half deals with Brandom, reworking and revising some of the things that I have written here on him. The second half is new material on McDowell and needs the most work still to expand upon and sharpen up. As ever, any comments are warmly appreciated!

Update:Two years and many revisions later, this material is no longer the basis of a thesis chapter, but dismembered parts have still found their way into the final draft.

If anyone can stomach yet another tract on Brandom, I’ve been trying to come at the themes of autonomy and objectivity from a different angle. The results are somewhat lengthy, again, so I’ve put them below the fold.

END_OF_DOCUMENT_TOKEN_TO_BE_REPLACED

Below the fold are my attempts to get a better handle on Brandom’s overall strategy. I also revisit some of the same themes with respect to autonomy outlined in the previous post on Brandom, although I haven’t quite digested all of Shawn’s helpful comments on this material yet. Shawn has some posts of his own up on Brandom’s Woodbridge Lectures over at Words and Other Things for those of you who have not already seen them.

END_OF_DOCUMENT_TOKEN_TO_BE_REPLACED

I’ve been trying to write on Brandom, relating his project to the problem of the threatened antinomy between autonomy and external obligations that I’ve been trying to develop. The somewhat lengthy results can be found below the fold. I’m not sure that I’ve nailed all the details yet, especially with respect to some of the more technical aspects of Brandom’s system, but I think the gist is clear.

Also, on the topic of Brandom, N Pepperell and L Magee’s excellent conference paper on him and Habermas can be found here.

END_OF_DOCUMENT_TOKEN_TO_BE_REPLACED 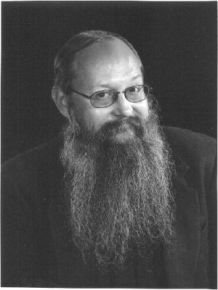 3. Articles on Making It Explicit here (see under ‘Readings’).

I look forward to reading Selbsttatigkeit’s promised reflections on the Woodbridge Lectures. For my part, I think they have some serious flaws as a reading of the idealist tradition, which is much less social-pragmatic than Brandom makes out. (Something that I think is shown by the strength of the readings given by Allen Wood, John McDowell and, one of my supervisors, Bob Stern.) Nonetheless, Brandom always does a good job of presenting a clear story and his readings of the history of philosophy are usually far more interesting for what they reveal about his own project; if only because he often frames others as so many failed attempts at articulating something resembling his system. I’ll try and comment on the Woodbridge Lectures myself when I have the time, probably focussing on the reading of Hegel he puts forward.