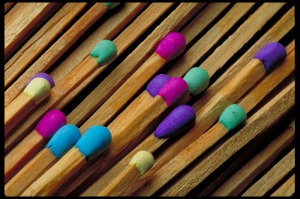 The founding gesture of Latour’s philosophical thought is his suspension of any distinction in kind between might and right. One of the things that he claims puzzled him were objections to science studies which claimed that its social explanations would always miss an important dimension of science. On the first page of Irreductions, Latour takes this objection to rest on a fateful assumption:

This is the assumption that force is different in kind to reason; right can never be reduced to might. All theories of knowledge are based on this postulate. So long as it is maintained, all social studies of science are thought to be reductionist and are held to ignore the most important features of science. (PF 153)

But Latour seeks to suspend this assumption:

Although, like the postulates about parrallel lines in Euclidean geometry, it seemed absurd to deny this position, I decided to seee how knoweldge and power would look if no distinction were made between force and reason. Would the sky fall on our heads? Would we find ourselves unable to do justice to science? Would we be condoning immorality? Or would we be led towards an irreductionist picture of science and society. (PF 153-4)

For the most part, I have no objections to the methodology of science studies as pursued by Latour, Shapin and Schaffer, even when it comes to the idea that they have overlooked some rational kernel to science that overspills careful description of scientists and the social instutions which undergird their work. But I think Latour is wrong to abandon the idea that there is no distinction in kind between force and reason. These posts will explain why, beginning with this one detailing the background to Latour’s claims.

The larger frame within which Latour advances these claims about force and reason is his rejection of the category of modernity. In this way he opposes himself to moderns, antimoderns and postmoderns. Moderns celebrate modernity; antimoderns take it to be catastrophic; and postmoderns see it as a catastrophe that nevertheless ought to be celebrated. But Latour rejects all these stances: he is a nonmodern. In his view, modernity has not even taken place — ‘We Have Never Been Modern,’ as his book announces. But what does he mean by this? 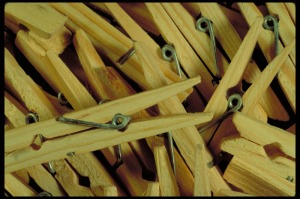 Firstly, Latour’s rejection of the category of modernity marks his scepticism about the idea that the rise of science, technology and liberal institutions in the West has had effects of an epoch-making significance upon either social organisation or the processes of the natural world. For Latour, these effects are overplayed and neither go unparalleled in human history nor constitute a radical break with what came previously. The modern period has not witnessed humanity’s despotic domination of nature and there has been no hollowing out of the human spirit wherein it has been supplanted by rationalised agents and social relations. At most, what has taken place is a “network-lengthening process”:

To take the precise measure of our differences without reducing them as relativism used to do, and without exaggerating them as modernisers tend to do, let us say that the moderns have simply invented longer networks by enlisting a certain type of nonhumans. (WHNBM 117)

So, Latour thinks that we have not wrenched ourselves free from nature, as modernist rhetoric can seem to imply. Rather, humans have always deployed and been deployed by nonhumans, and there has simply been a widening of these human-nonhuman networks.

This brings us to the second important aspect of Latour’s take on the very idea of modernity. In the self-conception of moderns, the human and nonhuman must be treated as “two entirely distinct ontological zones.” (WHNBM 10) Yet, as we have just said, Latour thinks the modern period sees an extension of ‘hybrids’ or ‘quasi-objects’ which straddle this ‘Great Divide.’ 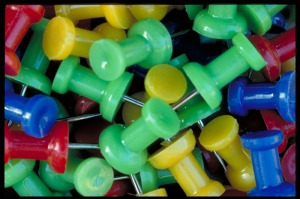 These reflections upon nature and culture are put to work in an analysis of approaches to science. For Latour, the modern ‘Great Divide’ breeds problematic asymmetrical explanations. For example, we find explanations of the production of truth in scientific endeavours as something attributed to nature. Left to its own devices science secures correspondence with nature — its revelation to us. But error in these endeavours is to be explained not by nature but culture. It is ideology, power interests, myth, and so on (so the story goes) which are to account for error. By contrast, Latour thinks we must pursue symmetrical explanations: “If you analyze Pasteur’s successes, do the same terms allow you to account for his failures?” (WHNBM 93) This entails a shift of explanatory strategy, and one which must ultimately go beyond explaining success and failure in the self-same terms (e.g. it is even insufficient to explain both in terms of social factors rather than just failure). Instead, explanation must encompass hybrids: phenomena with dual composition of human and nonhuman. In other words, the ‘Great Divide’ must be dismantled in the imaginations of the moderns, antimoderns and postmoderns alike, just as it has always had to be in much of their actual practical activity.

Latour’s rejection of a distinction in kind between force and reason is part of this larger story. For him, reason cannot be quarantined from the unified field of hybrid networks. In other words, it cannot stand in nature alone, or in culture alone, and still less outside of both (as if a benefactor of platonism). This claim has a kind of axiomatic status, much like Kant’s attempts to see where we get if we suppose that objects must conform to our knowledge or like nineteenth century organic chemists who began to dispense with the notion of a ‘vital force’. If the world comes crashing down around us on this hypothesis, so be it, but we may just find ourselves in strange but alluring new lands where we can settle with the new hypothesis intact. Any such venture will require some charity whilst we see whether any kinks in the new worldview can be straightened out, but I think Latour’s hypothesis is not ultimately one we should accept. In explaining why, the next post will begin by considering some of his more explicit comments on reason and logic.