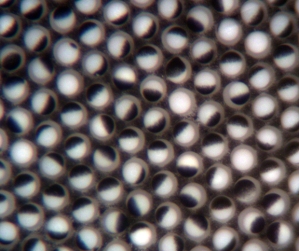 Levi has been developing a version of object-oriented philosophy which he calls ‘onticology’. In doing so, he recommends understanding objects as ‘actors’ which produce ‘differences’ in each other. Significantly, these modes of production include but are not limited to causality, such that anything which produces differences counts as acting. I am not sure exactly what sorts of non-causal production Levi wants to allow here, but we might think of examples like individuation, such that something counts as information, say, because of its place in a informational network even if it does not have to be in causal relations with all the parts that make up the network. So, objects can act in both causal and non-causal ways. Levi thinks that we should understand this action in terms of translation:

A second way in which Levi expresses this idea is in terms of affect (in Spinoza’s sense). The affective aspects of objects are those through which it can act and be acted upon. If influences upon objects must be transmitted through their affections, then there is a sense in which the production of difference in an object must be particular to it. Levi’s example of this is the neutrino, whose small mass, high speed, and lack of charge leaves it with a limited set of causal powers to act and be acted upon.

Thirdly, Levi frames his Principle of Translation in terms of an extreme radicalisation of the Kantian insight about the activity of the subject, which he claims “transforms data of the world such that it does not represent the world as it is “in-itself””. The polemical suggestion is that Kant did not go far enough — why stop with subjects? So, Levi advocates a “generalized Kantianism of objects”. All objects are active because they transform what affects them, just as Kant rejects the Lockean idea that the mind is passive with respect to what effects it. This forms part of the call for a flat ontology, which develops a univocal analysis of objects which treats subjectivity and sociality as contiguous with everything else. 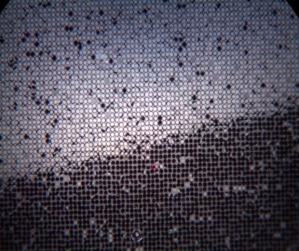 There is something to be said for a flat ontology. We ought to be wary of supposing that reality contains discrete levels, where the relations between them become hard to fathom. For instance, Cartesian dualism is reviled for good reason; it is understandable how it arose in response to the pressures of a mechanistic philosophy of nature, but it nonetheless invites mystification. So too, more recent appeals to sociality risk reprising its mistakes in another key. Latour has done much to expose the emptiness of those sorts of social explanation which do not pursue to the composition of the social itself, and which he sees as the primary task of sociology. Levi introduces a further worry, that we turn to a vertical ontology, where one ontological level dominates — subjectivity being present in all relations, for example, as certain ‘correlationists’ are meant to believe (though see my previous posts on Meillassoux for my reservations about the charge of correlationism). But I think this should be kept distinct from the epistemological problems which would be created from a discontinuous ontology, which appear to force on us the explanatory task of showing how these distinct levels of reality interact. This kind of gap-bridging task — which rarely fares well — is the main fallout of non-flat ontologies.

Even with these difficulties in mind, I think that some of the aspects of Levi’s attempt to construct a flat ontology ought to be resisted. There is something distinctive about subjects which makes some forms of flat ontology problematic. We can talk both about objects translating objects and about subjects translating objects. But the translations of the subject include those of a unique kind, which are not adequately addressed by simply increasing the complexity of a unitary flat ontology. So, there is no objection to saying that objects are active and possess affections which translate influences upon them in particularised ways. But there is a highly significant type of activity which subjects engage in, which the Kantian tradition characterises as spontaneous. It is in virtue of their spontaneity that subjects are responsible for the translations which they undergo: and this brings with it many of the traditional distinguishing traits which have been used to mark out subjects, namely freedom, normativity, rationality and intentionality. In the next post, I shall say more about how we should understand the spontaneity of subjects and how that impacts upon metaphysical issues.

25 thoughts on “On the Principle of Translation”